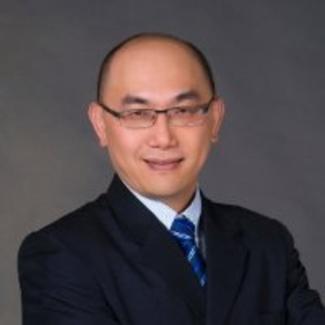 C. P. Lee is Managing Partner Asia Pacific for Aligned Growth Partners. He has 25 years of experience as a senior Human Resource executive with large corporations with over 20,000 employees in Singapore and China.

Prior to joining Aligned Growth Partners, C. P. was Vice President of Global Human Resources of Multi-Fineline Electronix Inc. (MFLEX), a Nasdaq listed electronics company with past revenue of US$825 million, from 2011 to 2016. He was also appointed as General Manager of MFLEX’s subsidiary in Suzhou, China in 2014, where he was part of the executive team that helped reverse the business from loss to profitability, and where he led the restructuring of the organization from functional-focused to customer-focused business units, closing unprofitable operations, and managing workforce demand forecast and the reskilling of the workforce which resulted in a more than 30% improvement in productivity. In addition, C. P. led the successful completion of the acquisition of MFLEX by Suzhou Dongshan Precision Manufacturing in 2016.

Before he joined MFLEX, C. P. was Vice President of Human Resources at Ching Luh Group, a leading Taiwanese sports shoe manufacturer that supplied major global brands like Nike, Adidas, Reebok and Mizuno. During his tenure with Ching Luh Group, he was in charge of the company’s human resource strategies and policies for 6 factories in China, Vietnam and Indonesia, and was involved in setting up a new factory in Indonesia.

C. P. started his career with Motorola, Inc., a global company in the telecommunications, semiconductor, and electronic components business. He joined the company as a production supervisor and quickly promoted to Manager of Human Resources for Motorola, Inc.’s manufacturing facilities in China. In 1996, he was placed in charge of human resources for the multi-businesses manufacturing facilities in Tianjin and grew the workforce from 4000 to 8000 people. He repatriated to Singapore in 1997 and took up another expatriate assignment in Beijing, China in 1998, becoming the Director of Human Resources for the Greater China region. C. P. spent over 15 years in various senior human resource positions at Motorola, Inc., progressing to become the Vice President of Human Resources for the Asia Pacific region covering 14 countries and multiple business groups from 2004 to 2009. He was based in Singapore and Beijing, China and was responsible for the overall human resource management of about 22,000 employees and 25,000 contractors. As part of his human resource duties, C. P. led Motorola University with sustained profitability, providing training for Motorola, Inc. employees, customers, and stakeholders in the Asia Pacific region. At that time, the Asia Pacific region was contributing to a quarter of business revenue, more than half of the factory capacity and more than 60 percent of the software and hardware development headcount for Motorola, Inc. he played a major role in the corporate governance of the company, sitting on the Board of Directors for three Motorola ,Inc. joint ventures in China and six Motorola, Inc wholly owned legal entities in Singapore. During his time with Motorola, he was involved in multiple mergers, acquisitions, and divestiture activities.

C. P. holds a bachelor’s degree in civil engineering from the National University of Singapore, as well as a Graduate Diploma in Personnel Management from Singapore Institute of Management. He also completed an Executive Program at the Kellogg School of Management at Northwestern University. During his time in Beijing from 1998 to 2009, he was involved with Western Academy of Beijing Educational Foundation, a non-profit international school. He is currently a course coach for the MBA program of Shanghai University (graduating class of 2021) and has been a member of the Singapore Institute of Directors since 2018. He

Be in touch with us

Your information has been sent successfully.